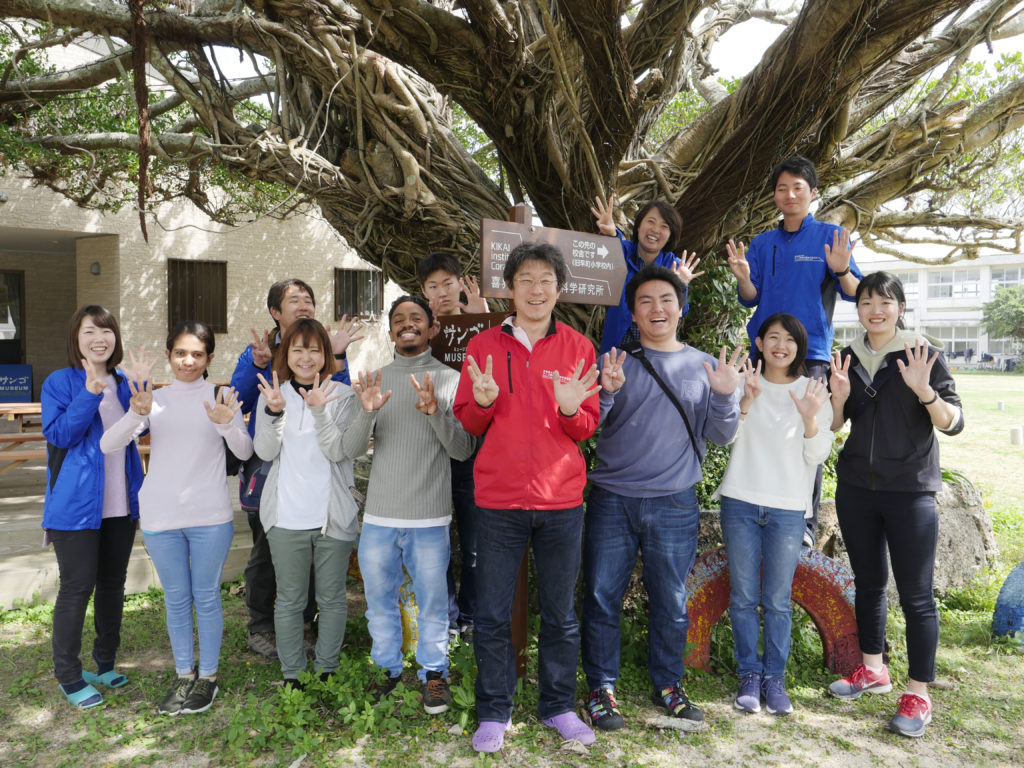 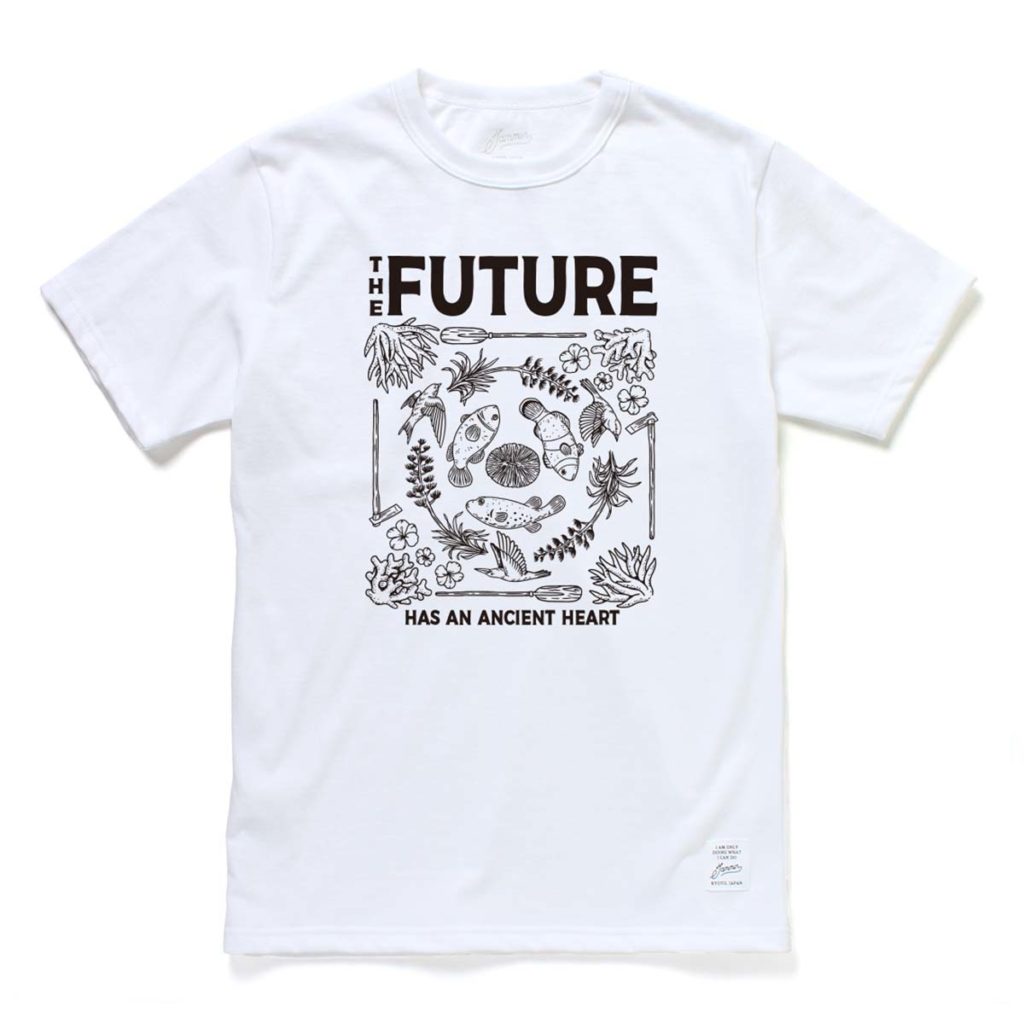 A highly precise method to determine past typhoon occurrences from giant clam shells has been developed, with the hope of using this method to predict future cyclone activity.

A team of researchers led by Tsuyoshi Watanabe of Hokkaido University has discovered that giant clams record short-term environmental changes, such as those caused by typhoons, in their shells. Analyzing the shell’s microstructure and chemical composition could reveal data about typhoons that occurred before written records were available.

Scientists are concerned that major tropical cyclones such as typhoons and hurricanes will increase with global warming. To better predict the frequency of these weather patterns, understanding typhoons in the past warmer periods of Earth’s history is particularly important.

The giant clam Tridacna maxima species was specifically chosen due to its fast and highly precise shell growth rate; daily growth increments in the shell can be seen, similar to tree rings, allowing researchers to accurately investigate the clam’s paleoenvironment. Live specimens were sampled from the waters surrounding Okinotori Island, which lies in the middle of a common path taken by typhoons before making landfall in Japan and other parts of Asia. The team analyzed the shell growth increment of each year, measuring its thickness, stable isotope ratio, and the barium/calcium ratio. They then compared the data with the past environmental records such as typhoons and water temperatures.

With these methods, the team found the growth pattern and chemical compositions in the shells were altered by short-term environmental changes in the area. Cooler ocean temperatures and other environmental stresses brought on by typhoons disrupted shell growth and increased the barium/calcium ratio as well as the stable isotope ratio.

“Since microstructural and geochemical features are well preserved in giant clam fossils, it may now be possible to reconstruct the timing and occurrence of past typhoons to a level of accuracy that was previously impossible,” says Tsuyoshi Watanabe of Hokkaido University.

This study, conducted in collaboration with The University of Tokyo, KIKAI institute for Coral Reef Sciences, and Kyusyu University, was published April 19, 2018 in the Journal of Geophysical Research: Biogeosciences.

Fossil coral records provide new evidence that frequent winter shamals, or dust storms, and a prolonged cold winter season contributed to the collapse of the ancient Akkadian Empire in Mesopotamia.

The Akkadian Empire (24th to 22nd century B.C.E.) was the first united empire in Mesopotamia and thrived with the development of irrigation. Yet, settlements appear to have been suddenly abandoned ca. 4,200 years ago, causing its collapse. The area would also not experience resettlement until about 300 years later.

Past studies have shown that the Akkadian Empire likely collapsed due to abrupt drought and civil turmoil. However, the climatic dynamics which caused widespread agricultural failures and the end of an era have yet to be sufficiently explored.

Researchers from Hokkaido University, the KIKAI Institute for Coral Reef Sciences, Kyushu University, and Kiel University made paleoclimatic reconstructions of the temperature and hydrological changes of the areas around the archaeological site of Tell Leilan, the center of the Akkadian Empire. They sampled six 4,100-year-old fossil Porites corals from the Gulf of Oman, just directly downwind. The samples were aged by radiocarbon dating and geochemically analyzed to confirm they have not been significantly altered from their present state.

The coral data was then compared to modern coral samples and meteorological information. Although it is normal for the survey area to receive a significant amount of rainfall in the winter, the coral data suggests that, during the time of the empire’s collapse, the area suffered from significant dry spells. The data before and since the collapse are furthermore comparable to modern coral data, showing the dry spells would have been sudden and intense.

The fossil evidence shows that there was a prolonged winter shamal season accompanied by frequent shamal days. The impact of the dust storms and the lack of rainfall would have caused major agricultural problems possibly leading to social instability and famine, both factors which have been previously associated with the collapse of the empire.

“Although the official mark of the collapse of the Akkadian Empire is the invasion of Mesopotamia by other populations, our fossil samples are windows in time showing that variations in climate significantly contributed to the empire’s decline,” said Tsuyoshi Watanabe of Hokkaido University’s Department of Natural History Sciences. “Further interdisciplinary research will help improve our understanding of connections between climate changes and human societies in the past.” 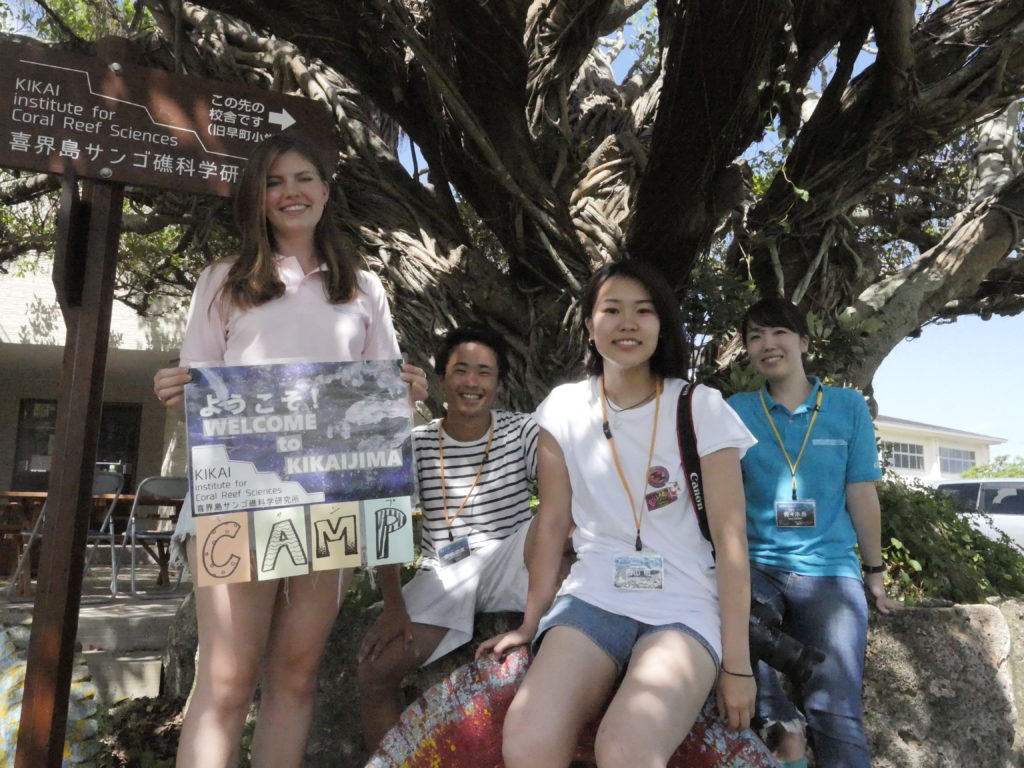 We, KIKAI Institute for coral reef sciences, can provide precious opportunities to work in the marine environment and various land research fields with researchers. We would love to support your interests and future career by working together!

Duration: for more than a month
Start Date: since September 1st, at anytime
Qualifying target: university students or more (at age 18 and older)
Number of interns available: as needed

We decide their task depends on individual ability and what our institute needs.
Others:
6 hours per day for work and 5 days a week (no payment, holiday: Sunday and Monday)
We provide a lodging place.

We send an application form as received your contact email.
If you have any questions, please feel free to ask us.

Do you think the global warming is ongoing? 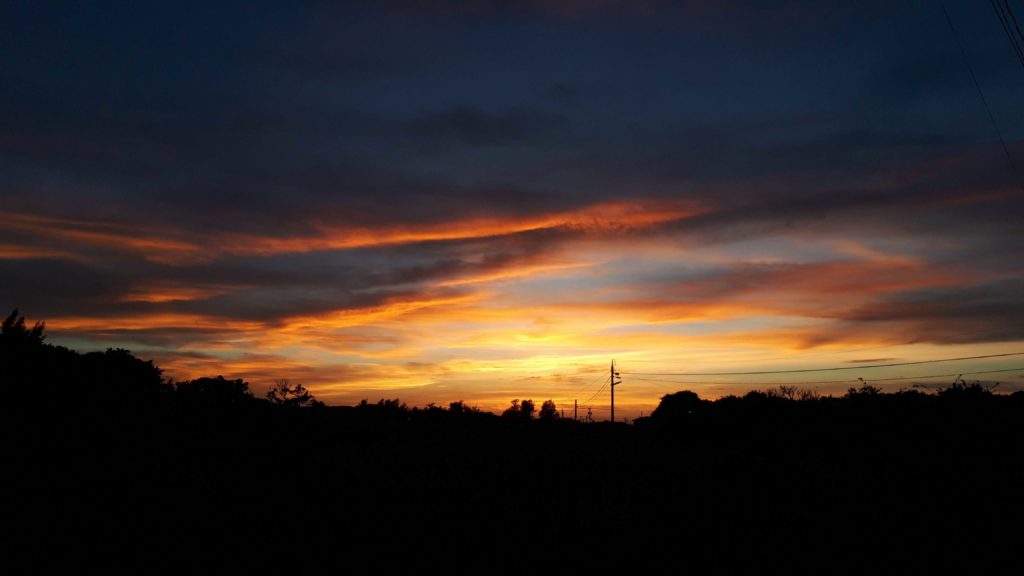 The collaboration work with Dr. Samuel Kahng, our mentor of Coral Reef Science Camp, is published in the journal “Coral Reefs”.

Leptoseris is a group of zooxanthellate coral species which dominate the coral community near the deepest reaches of the sun’s light throughout the Indo-Pacific. Symbiotic microalgae (called zooxanthellae) live within the transparent tissues some coral—giving corals their primary color and providing the machinery for photosynthesis, and in turn, energy.

Deeper in the ocean, less light is available. At the lower end of their depth range, the sunlight available to the Leptoseris species examined in the recent study is less than 0.2% of surface light levels. Less light dictates a general trend of slower growth among species that rely on light for photosynthesis.

Previous studies suggested that photosynthetic corals at the bottom of the ocean’s sunlit layer grow extremely slowly – about 0.04 inch per year for one species of Leptoseris. Until recently, there were very few data on growth rates of corals at depths greater than about 225 feet given the logistical challenges of performing traditional time series growth measurements at these depths.

Kahng, who is also an associate professor at Hawai‘i Pacific University, collaborated with SOEST’s Hawai‘i Undersea Research Laboratory (HURL), the Waikiki Aquarium, National Taiwan University, Hokkaido University and KIKAI institute for Coral Reef Sciences to collected colonies of Leptoseris at depths between 225 and 360 feet in the Au‘au Channel, Hawai‘i using HURL’s Pisces IV/V submersibles. The research team used uranium-thorium radiometric dating to accurately determine the age of the coral skeletons at multiple points along its radial growth axis – much like one might determine the age of tree rings within a tree trunk.

“Considering the low light environment, the previous assumption was that large corals at these extreme depths should be very old due to extremely slow growth rates,” said Kahng. “Surprisingly, the corals were found to be relatively young with growth rates comparable to that of many non-branching shallow water corals. Growth rates were measured to be between nearly 1 inch per year at 225 feet depth and 0.3 inches per year at 360 feet depth.”

The research team found that these low light, deep water specialists employ an interesting strategy to dominate their preferred habitat. Their thin skeletons and plate-like shape allow for an efficient use of calcium carbonate to maximize surface area for light absorption while using minimal resources to form their skeleton. These thin corals only grow radially outward, not upward, and do not thicken over time like encrusting or massive corals.

“Additionally, the optical geometry of their thin, flat, white skeletons form fine parallel ridges that grow outward from a central origin,” said Kahng. “In some cases, these ridges form convex spaces between them which effectively trap light in reflective chambers and cause light to pass repeatedly through the coral tissue until it is absorbed by the photosynthetic machinery.”

The strategic efficiency of Leptoseris enabling its robust growth rates in such low light has important implications for its ability to compete for space and over-shade slower growing organisms.

“It also illustrates the flexibility of reef building corals and suggests that these communities may be able to develop and recover from mortality events much faster than previously thought,” said Kahng. 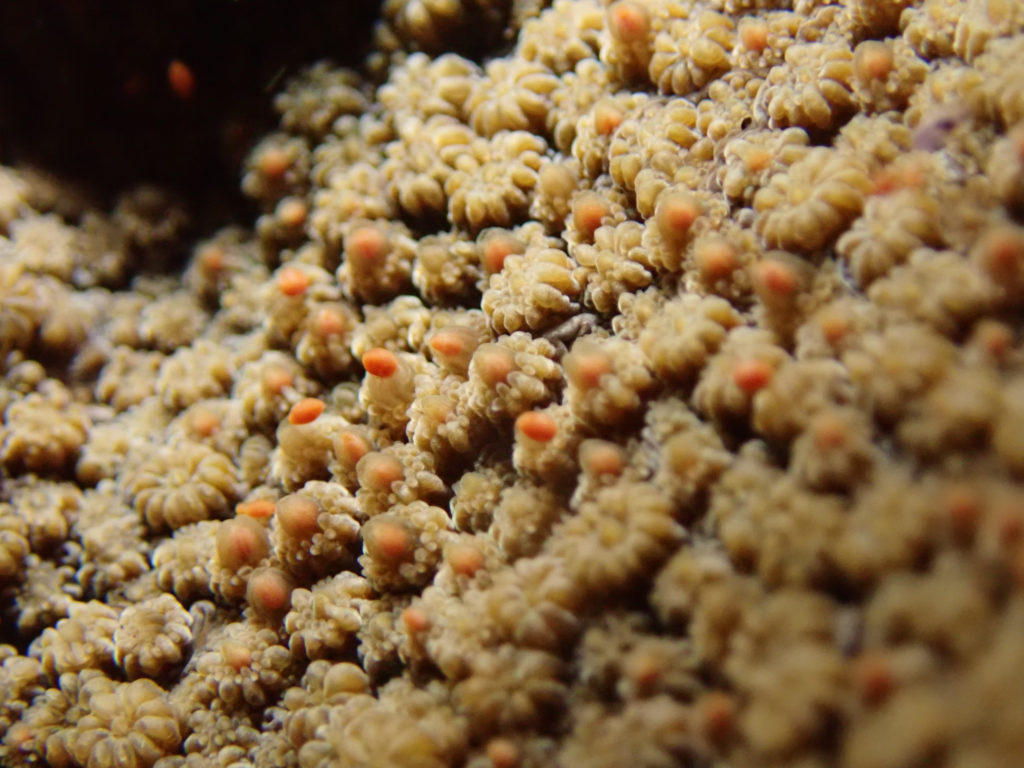 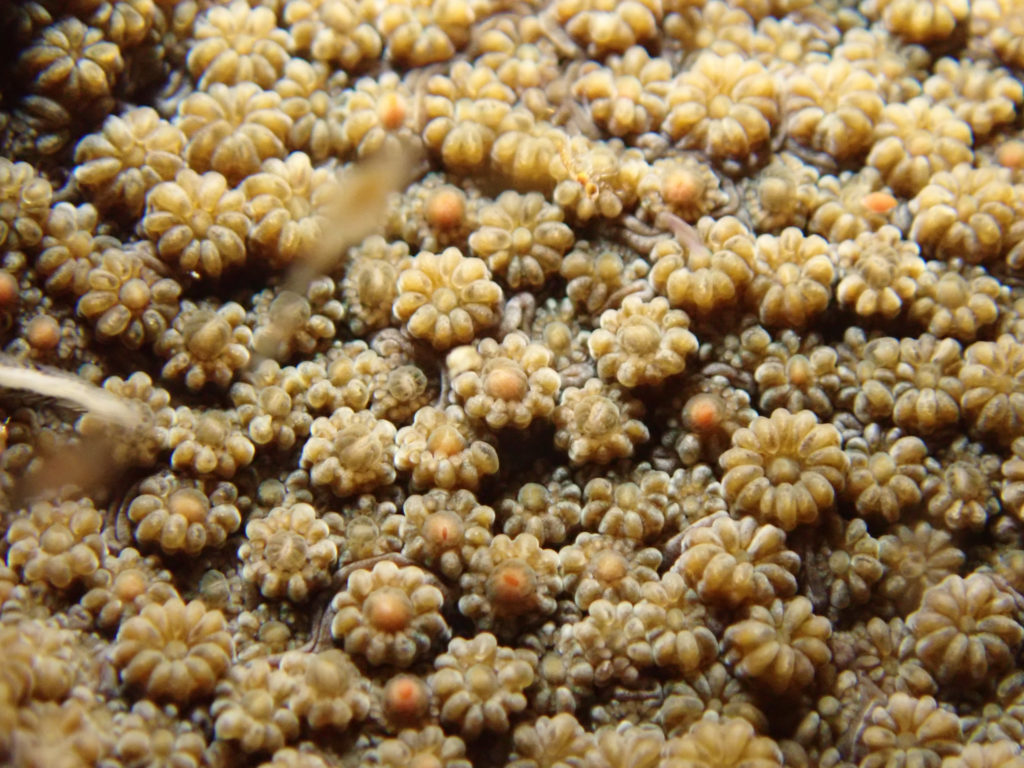 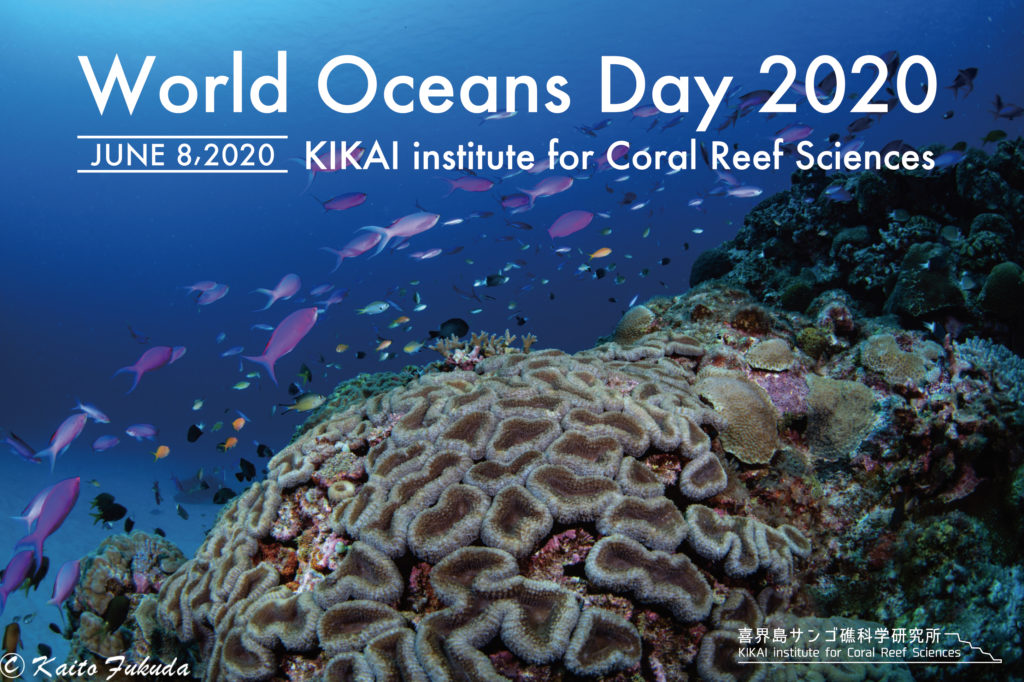 We have started a new project to promote sustainability and care for coral reefs and our oceans.

Japan has beautiful coral reefs that extend latitudinally from the tip of Okinawa to the southern edge of Honshu, the main island of Japan. Kikaijima, or “Kikai Island,” is one of the Amami Islands located north of Okinawa and south of Kyushu. Kikaijima is a raised coral island, the land continuously expanding with the uplifting of coral reef terraces. The climate of Kikaijima borders between tropical and temperate ocean and is classified as a humid subtropical climate. The coral reef ecosystem responds sensitively to changes in the climate. Kikaijima is a small island without river discharge and runoff to disturb the reef environment, a common source of damage to coral. A healthy coral reef ecosystem has been maintained for a long time, making Kikajima one of the best locations to detect ecological shifts as a response to change in global climate and ocean environment in the northwestern Pacific Ocean. 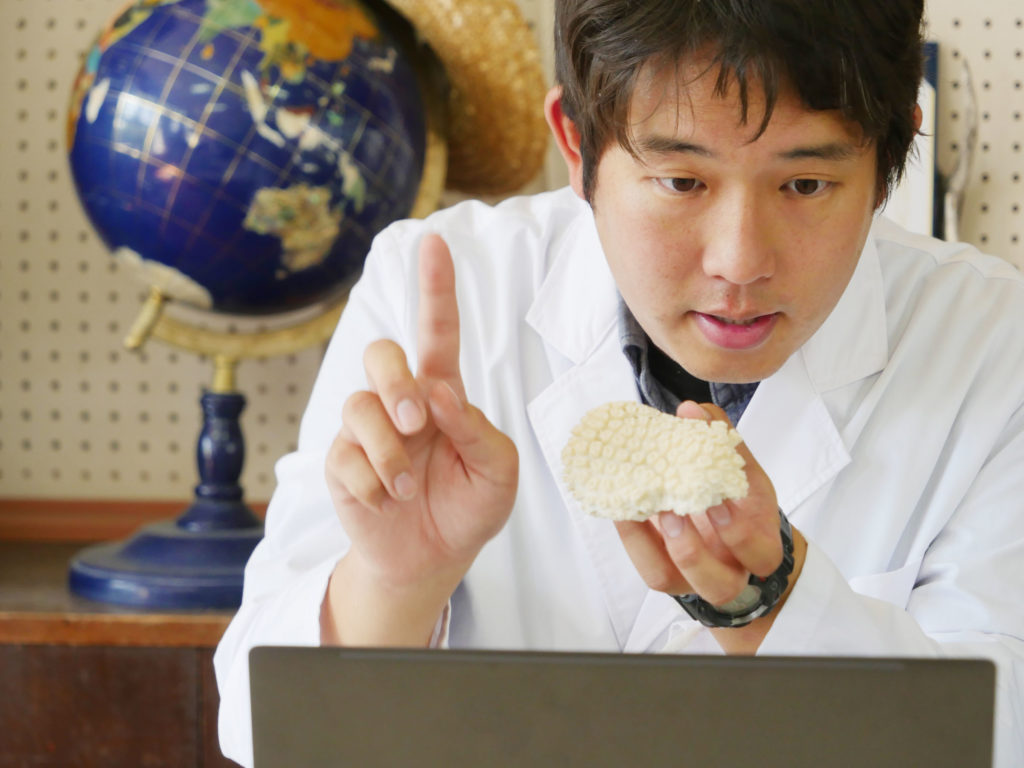 The KIKAI Institute has created education programs about coral reefs and the beautiful nature of Kikaijima. Many children visit our island from all over the world to learn about coral reef research. We could not meet them this year due to COVID-19. Japanese coral reef researchers belonging to our institute started an online seminar (webinar) for school students in March 2020. Since then, over 200 children have joined us to learn about the science of coral reefs, animals that use coral reefs as their homes (such as reef fish, bivalves, etc.), carbon and nutrient cycles within coral reefs, and so on. These programs will continue at least until next March. We are eagerly waiting for these future scientists to work with us!

As a new project this year, we have started making an encyclopedia of symbiotic reef corals in Kikaijima. KIKAI Institute is working with the National Institute for Environmental Studies to conduct and support this project. The coral ecologist team, Prof. Hironobu Fukami, Prof. Naoko Isomura, Dr. Takuma Fujii, and Dr. Yuko Kitano, have started a field survey to collect coral specimens and DNA samples for species identification. The process of the making the encyclopedia is open and always available in our newsletter, so everyone can join in to provide editorial and financial support. Kikajima’s high school students have also joined to help us take photos of the beautiful, white coral skeletons for the encyclopedia.

We hope that the encyclopedia will be a letter to the future oceans and the people who take care of them. The last record of the number of reef coral species in the Amami Islands was done 25 years ago. We want to make a record of modern ecosystem conditions in our encyclopedia, and want to continue to update it in the coming decades and centuries. At the end of this project we want to send our encyclopedia to school libraries as a gift of education. We hope the next generation and many generations after that will be interested in coral reefs, and will continue to observe and conserve our wonderful home– the ocean. Please join us to support this project and preserve our precious ocean far into the future.

Please see more details on our website and in our newsletters:
https://kikaireefs.org/

Special thanks to Katrina Little. 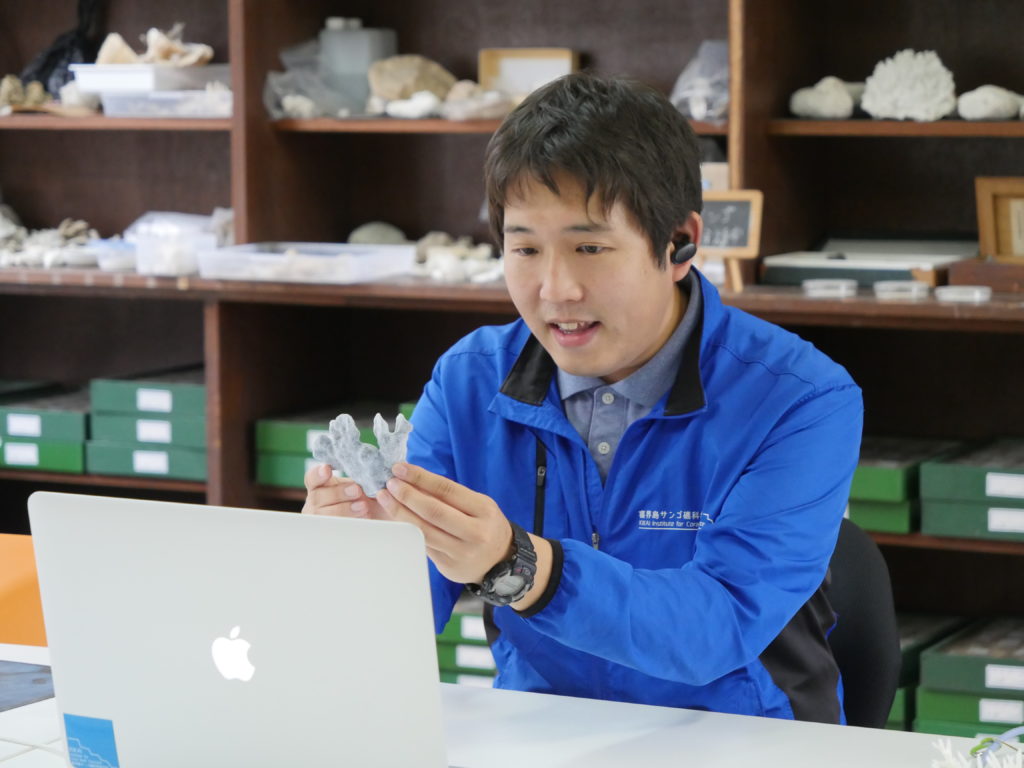 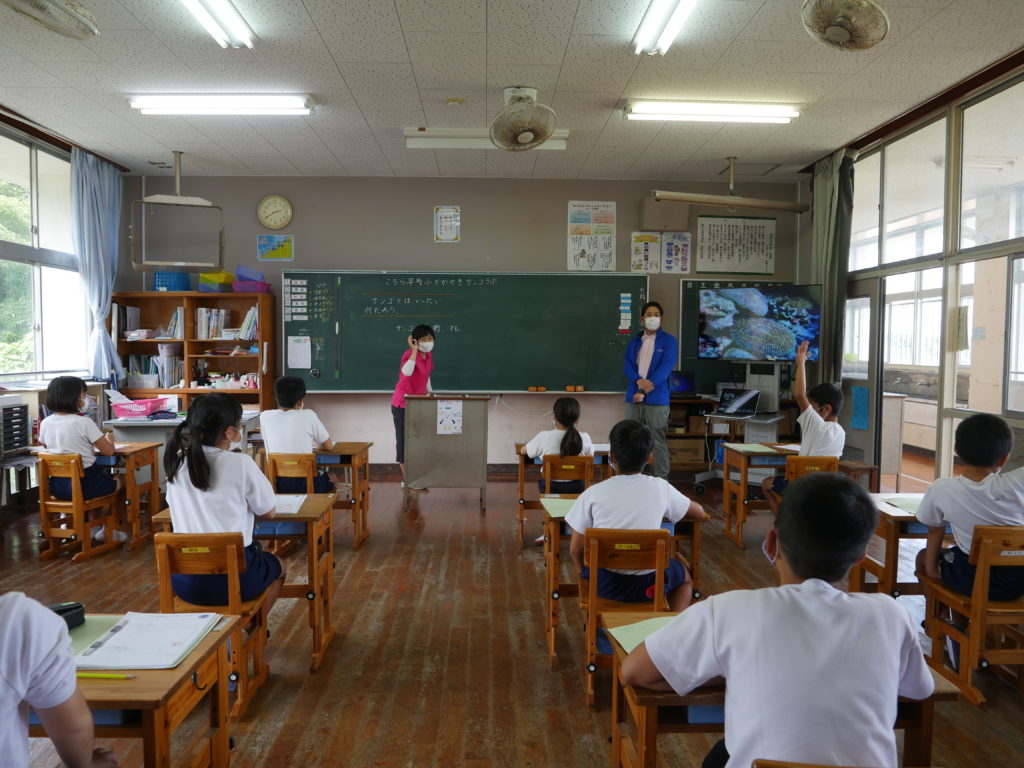 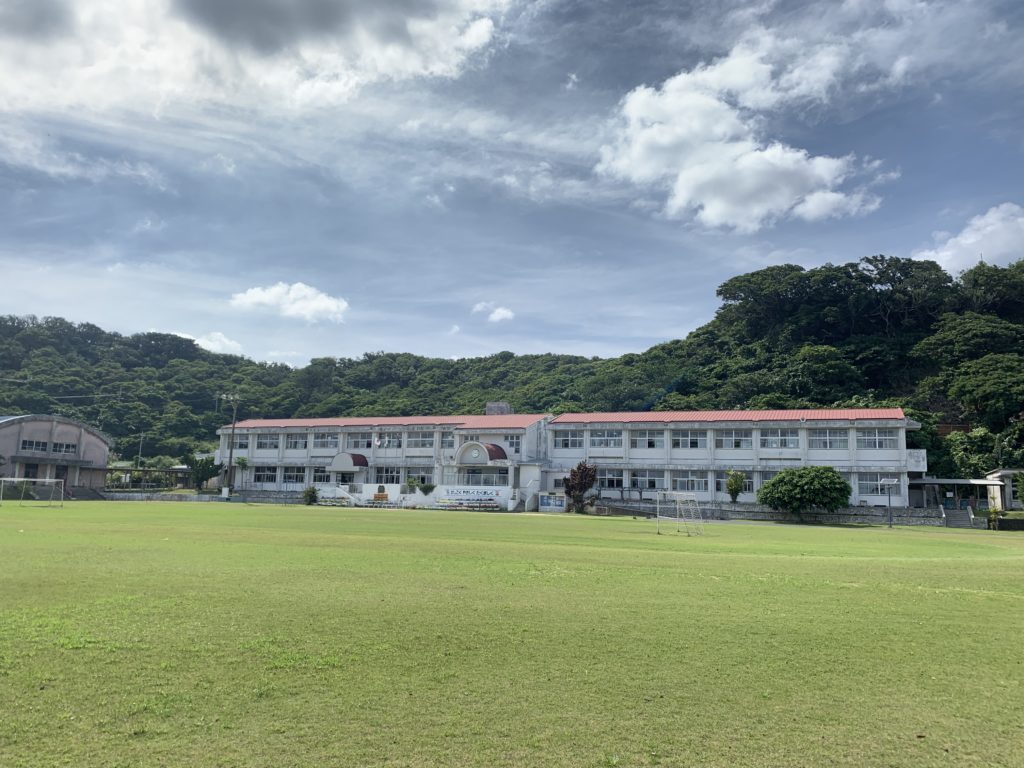 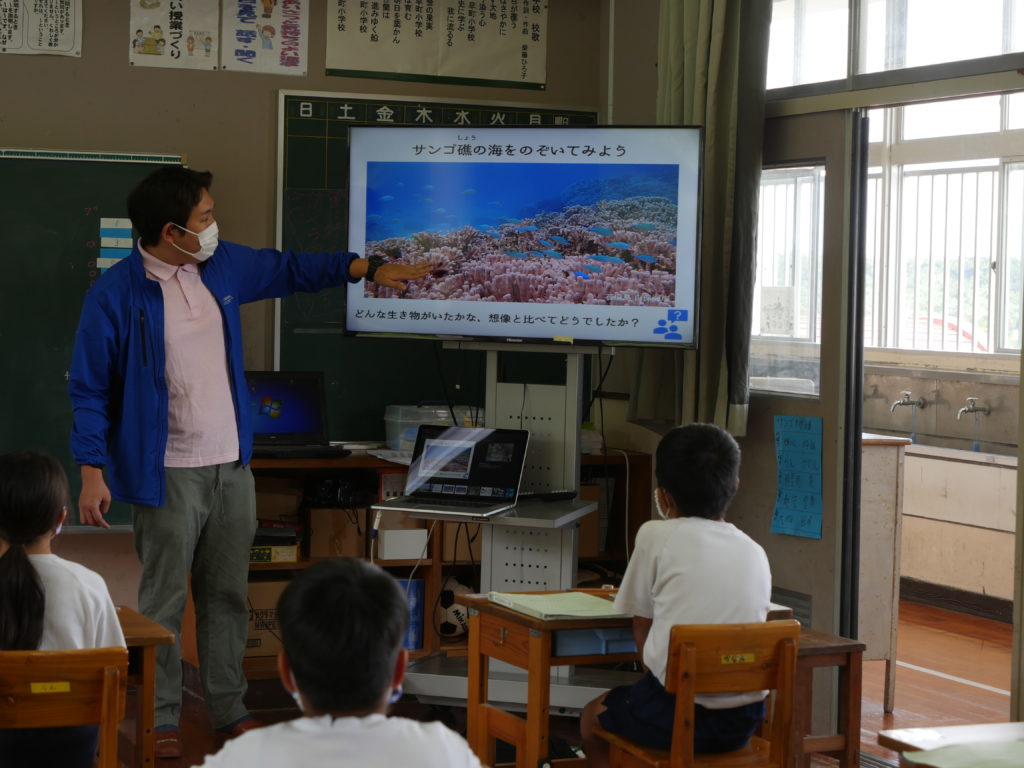 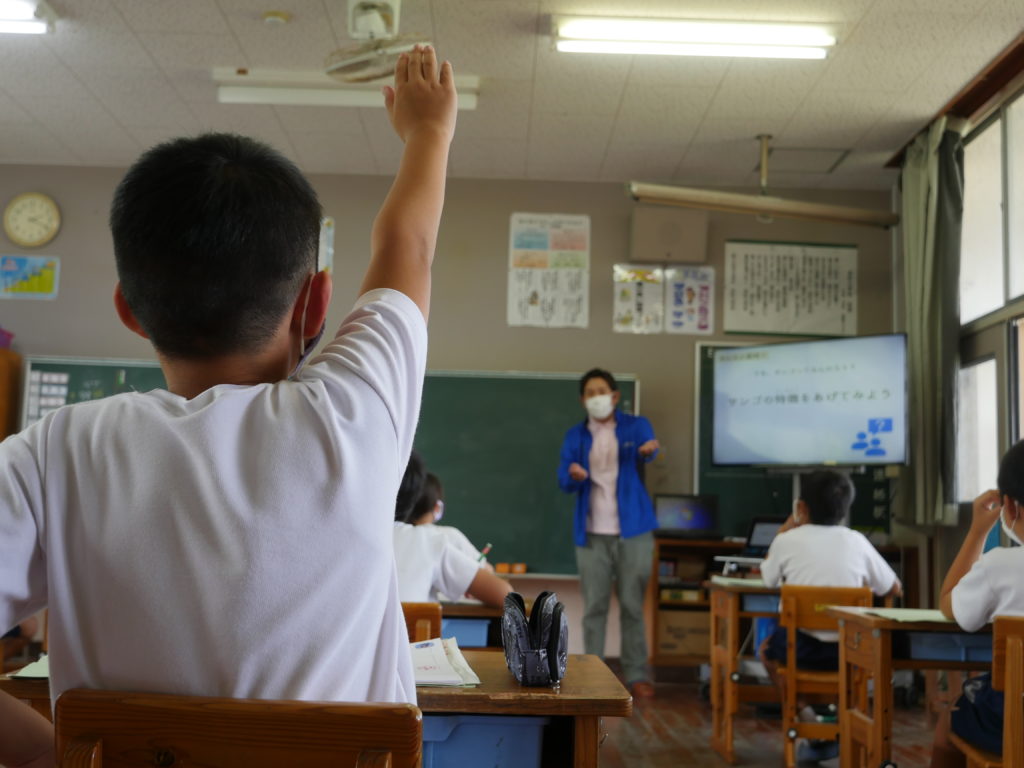 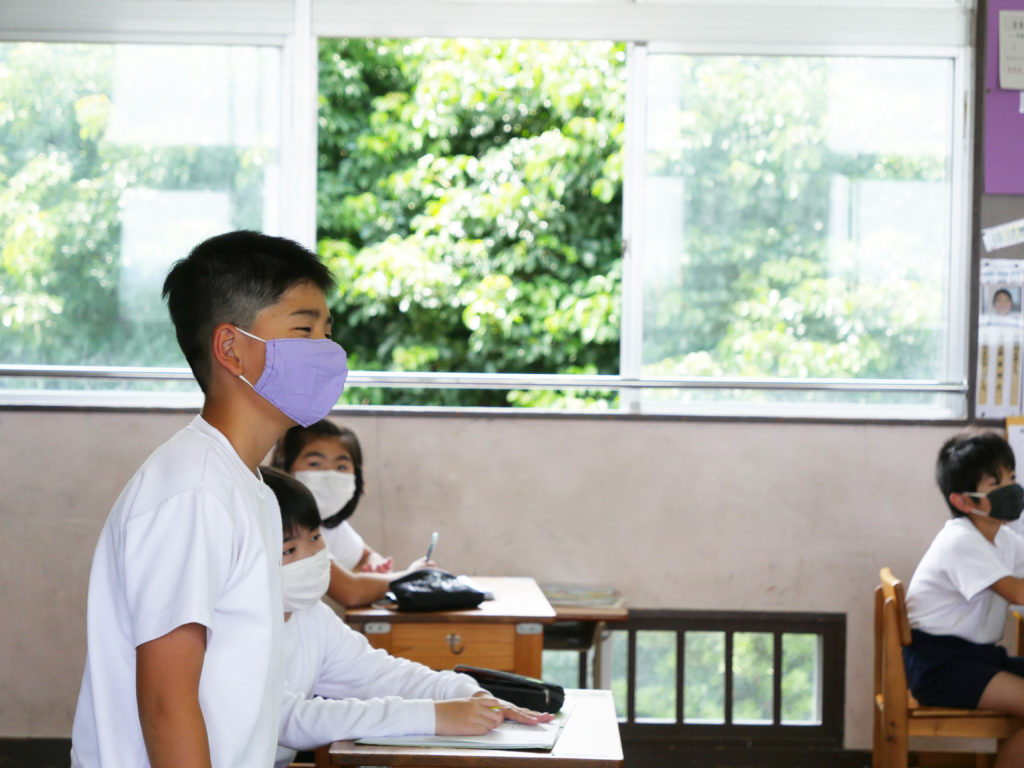 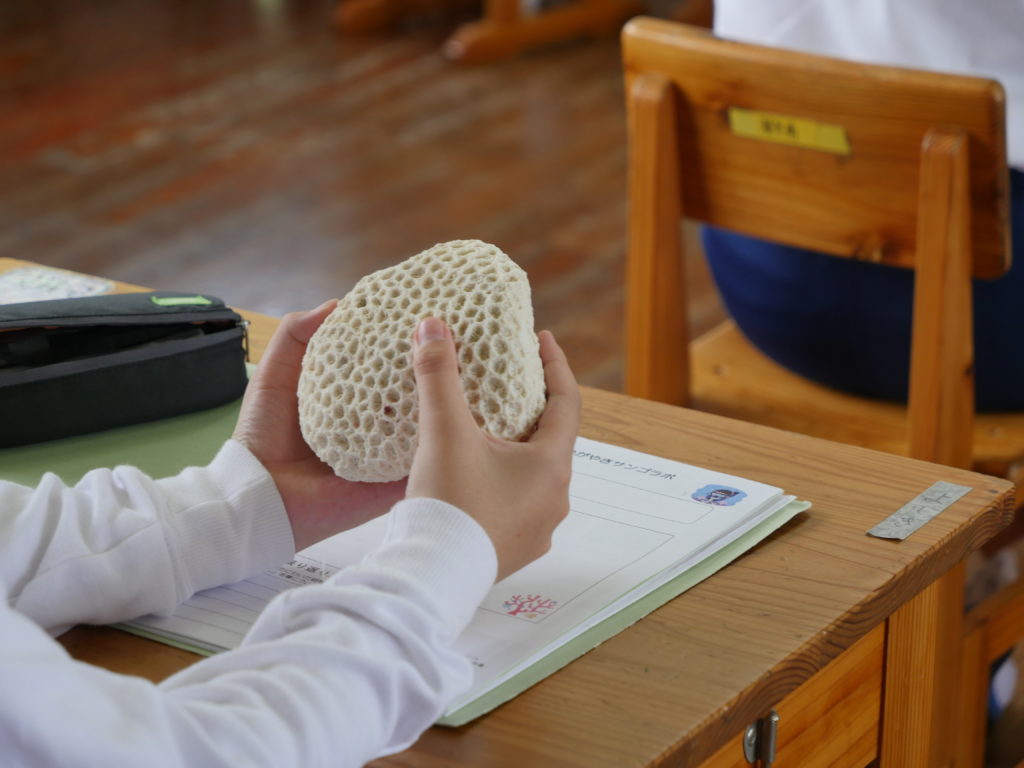 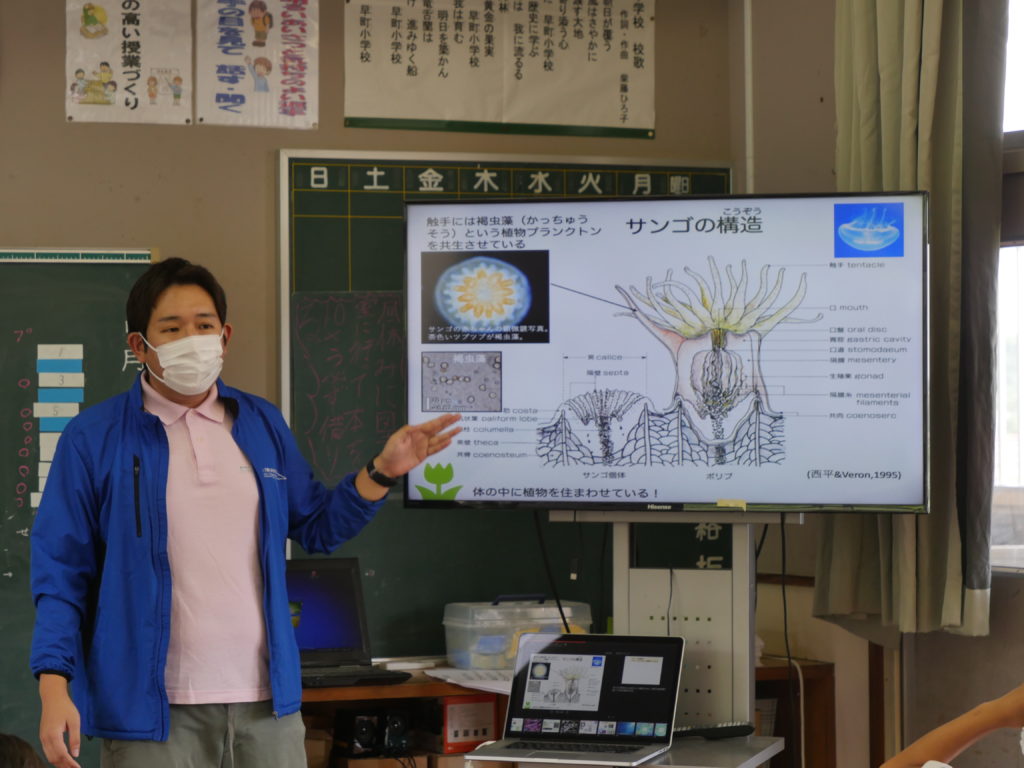 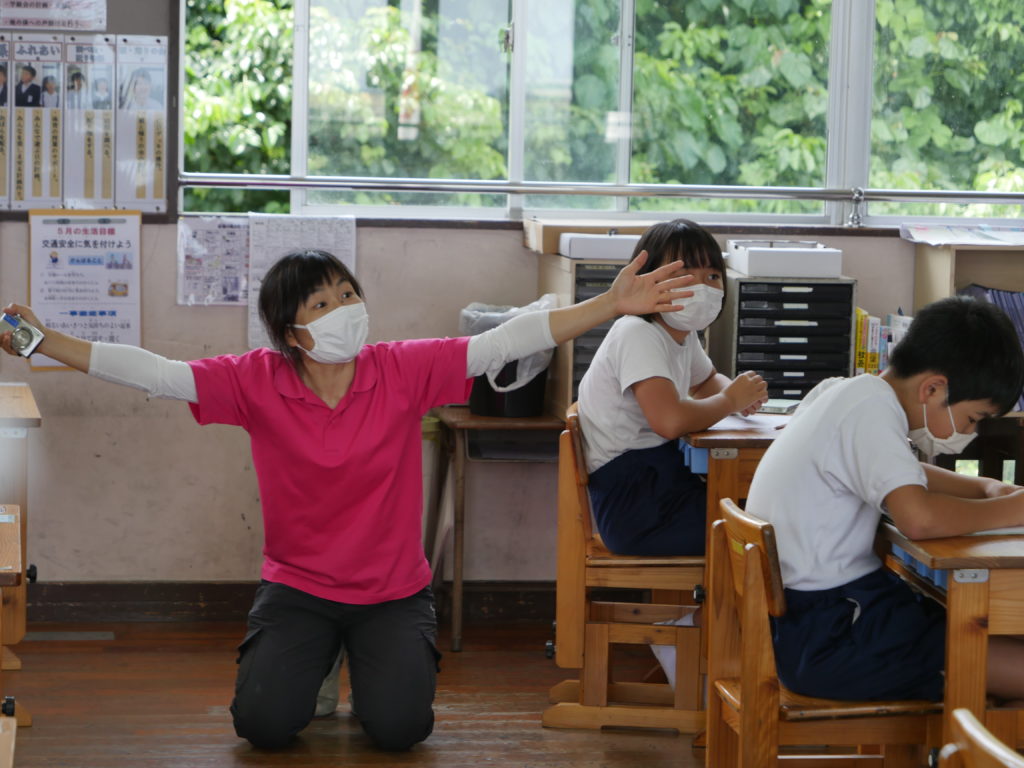 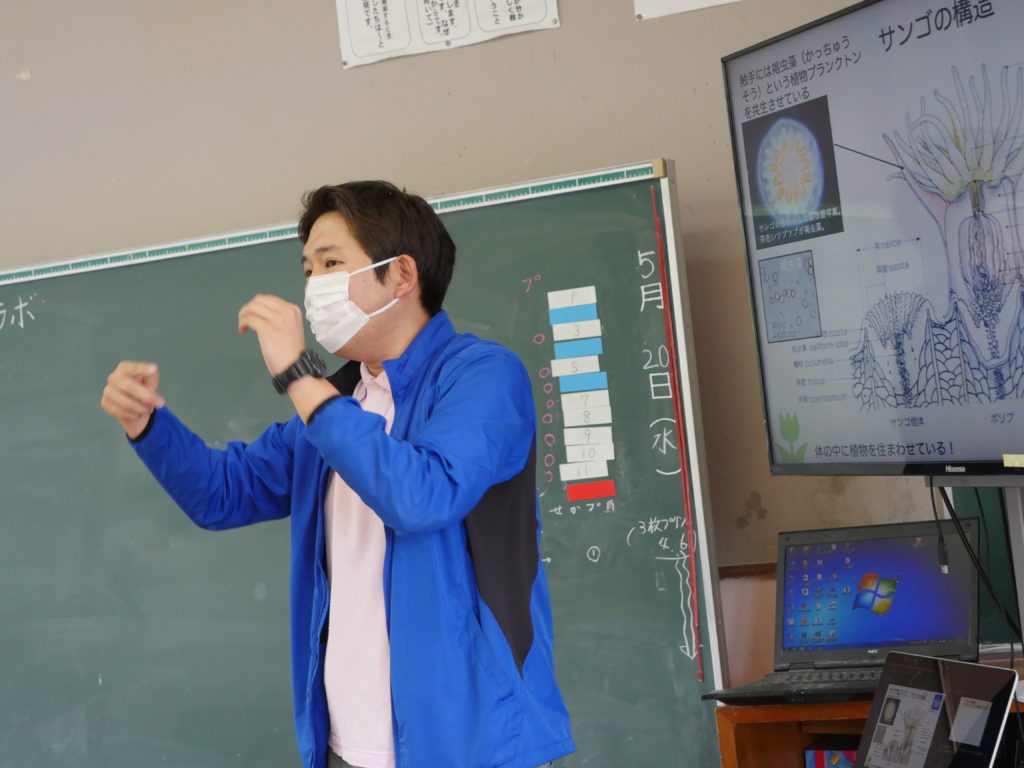 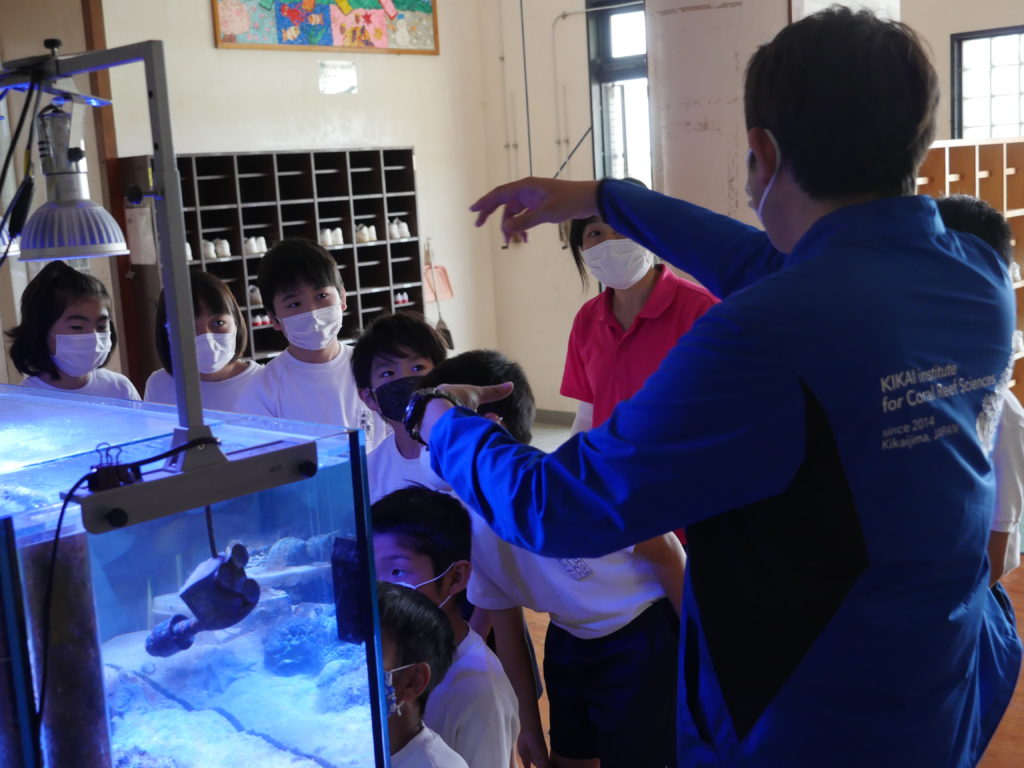 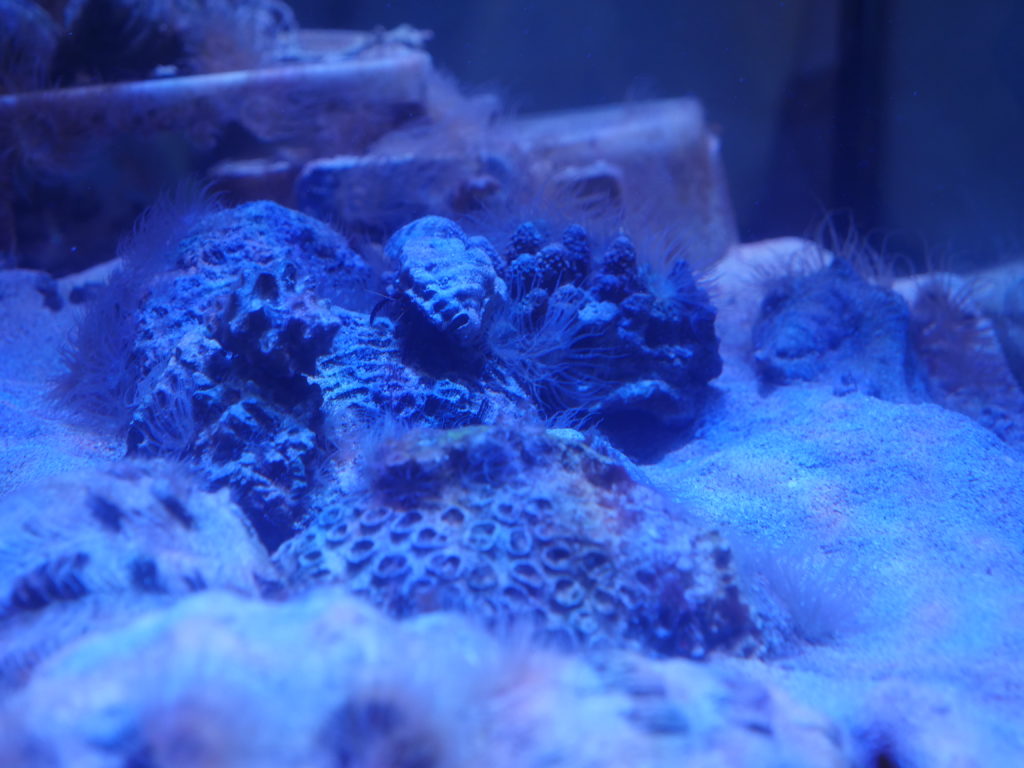 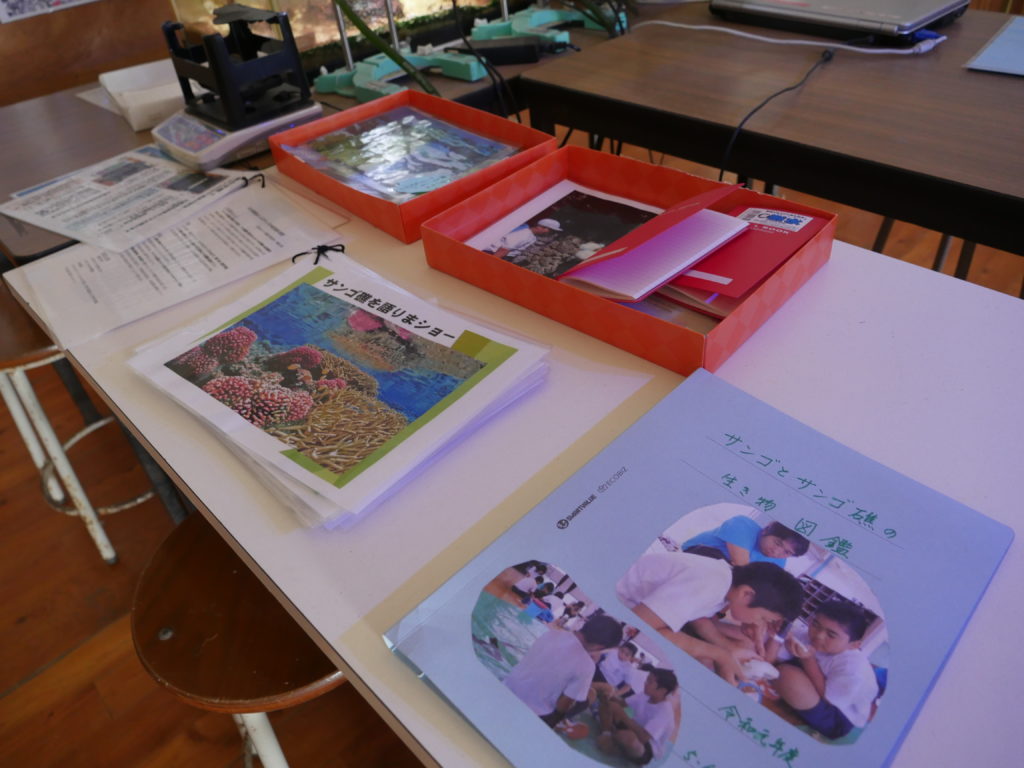 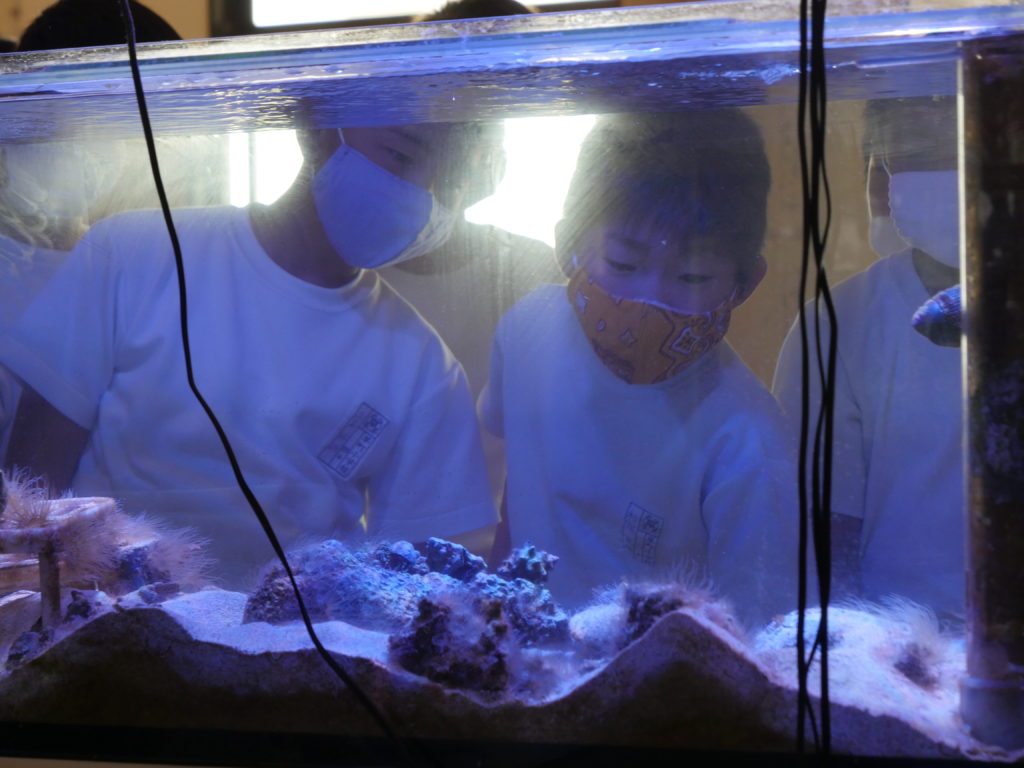 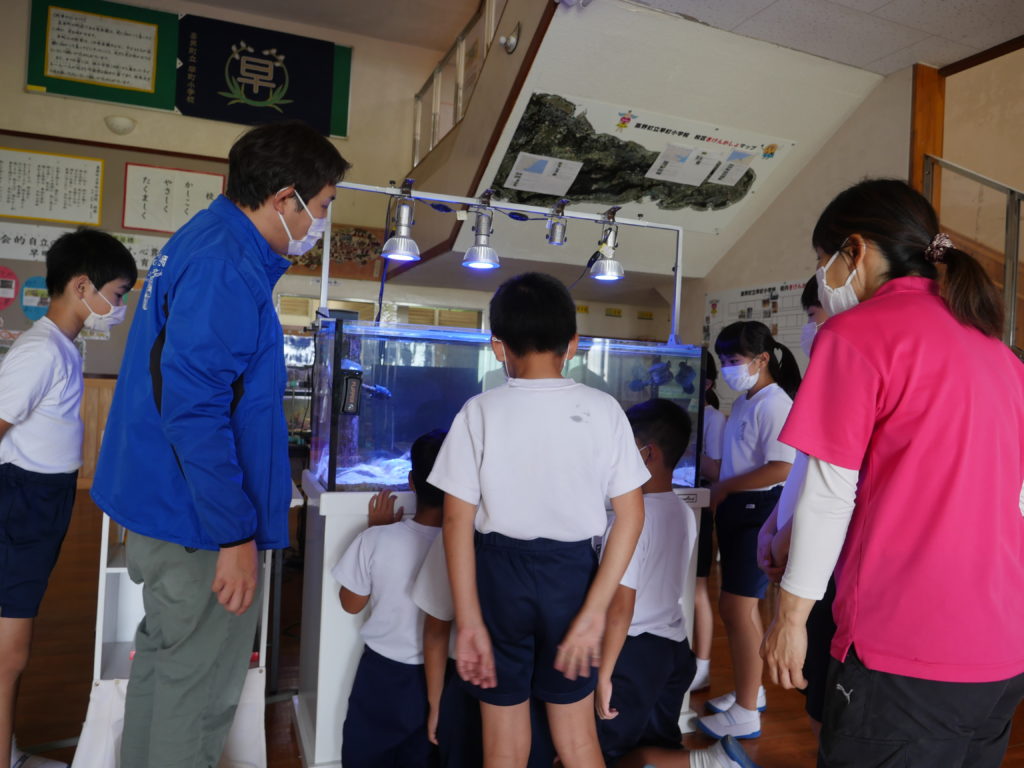 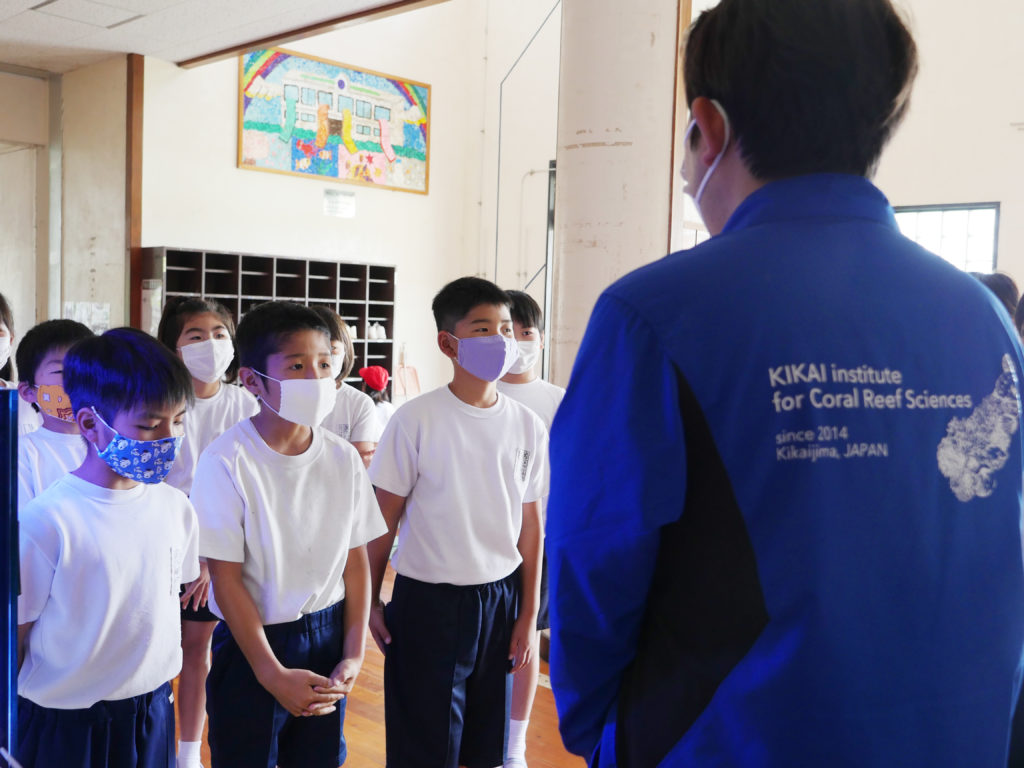